I never tire of exploring the museum, while at work or as a visitor. There is always something to be noticed for the first time – no two visits are ever the same. As we are The Living Museum of the North, we want visitors to feel like they’re in a real Town, Pit Village or Farm, with little nooks and crannies to discover at every turn.

Although I don’t have a favourite part of the museum (promise!), I will admit to a few soft spots I do have, including The Sun Inn in our 1900s Town. I could wax lyrical about all the things that I love about this little patch of the museum but I’ll refrain, and tell you about a little nook that you may not have noticed before – the small serving hatch at the rear of the bar. 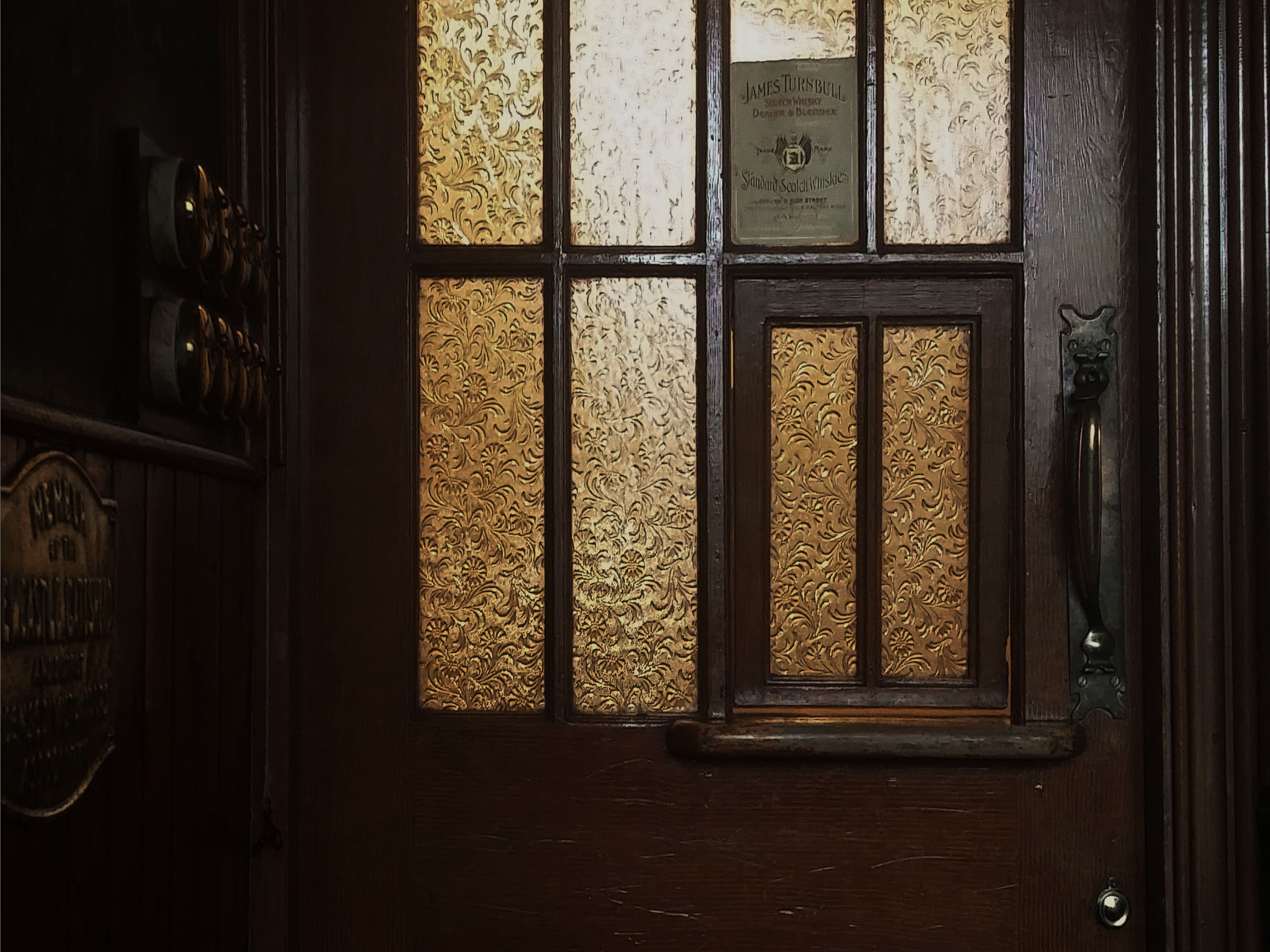 If you haven’t seen this feature in a pub before, something that is increasingly likely as time moves on, these are a small window in the exterior door, which allowed enough room for an arm to poke through proffering an empty jug to be filled with their beverage of choice, usually alcoholic. Now I am not embarrassed to admit that I did not notice the hatch myself on first or even 10th day being behind the bar in The Sun Inn, probably because I was concentrating on not spilling a pint of ale or making eye contact with the taxidermy.  But once I had read up on the hatch and a few people had told me their tales about similar features it is now one of my favourite “reasons the pub is really interesting” stories that I tell visitors.

In Victorian pubs, before counters were commonly used in the “long bar” style that we are so used to now, a hatch was the only way of serving patrons, with staff filling jugs and tankards as needed. By the time we get to the Edwardians (which is the setting for our Town) counters were more commonplace, but the serving hatch was still a regular feature. They can still be found in a few pubs in the region (I have been meaning to do a full tour of the entire region to visit each and every pub, just to be sure), but unfortunately they are getting rarer. 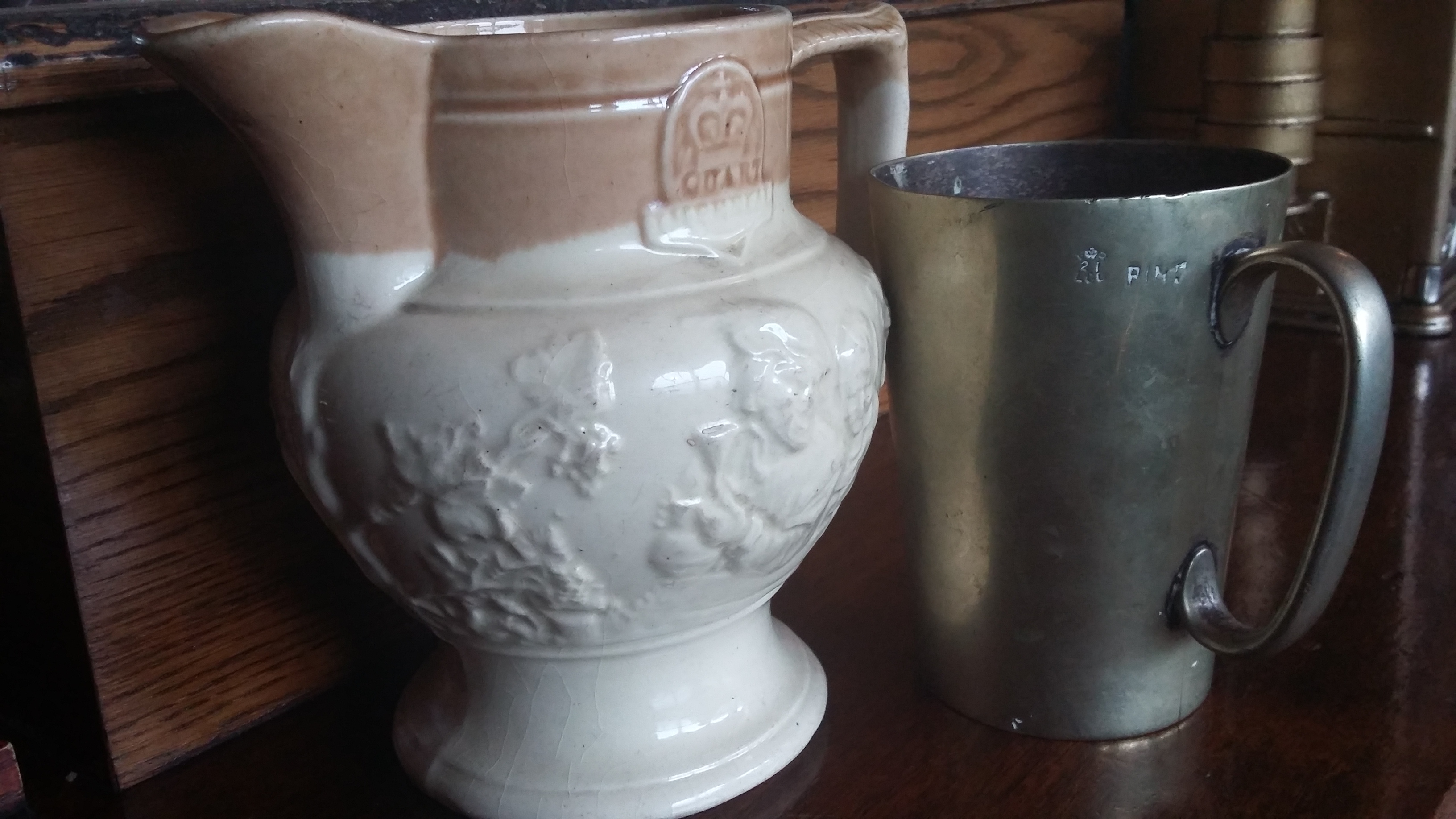 When looking at pubs local to us at Beamish, The Wagon and Horse that used to stand in Stanley, County Durham, reportedly had a serving hatch as a long-standing feature but was removed in a 1920s renovation. Our own pub in The 1900s Town would not have been frequented by (reputable) women or children, which is such a change from the norm today – the family friendly pub, usually serving food. Due to this, (long after the pure necessity of the hatch as a precursor to a bar), the hatch was a gateway to the world outside of its smoky, sawdust-covered interior, and allowed people who would not want to be seen entering a pub, i.e. women, to get served. As fetching ale for your husband was just another task carried out by housewives each day, it would not have marred the reputation of the woman involved, although setting foot in the pub for a drink themselves certainly would have done.

From the age of 14 (although this was probably younger in reality) children could be sent to the local pub and, using the serving hatch, would pick up ale or drink of choice for their parents, perhaps with a soft drink as a treat for the way home. Along with this, another common memory that is often shared with us by visitors is sitting outside of pubs as children with a bottle of something sweet and fizzy, maybe with a packet of crisps, waiting for their relative to finish their pint and take them home again.

I can only imagine what a mysterious world the interior of pubs must have seemed! Luckily for you, dear reader, we have lovingly recreated a 1900s pub here at Beamish for you to visit, keep your eye out for the serving hatch next time you are in!