It is sometimes easy to forget how important simple items were to the people of the past.

Having a communal oven to share between a street full of large families would have had a huge impact that we can’t imagine now. Just a hundred years ago the idea of having ovens in practically every home that heated up to full power in a matter of minutes and could cook an entire meal in less than an hour would have been unimaginable. The communal oven, which is in our 1900s Pit Village, would have been used for bread for the majority, although we can be found sneakily cooking rock buns in there every now and again… 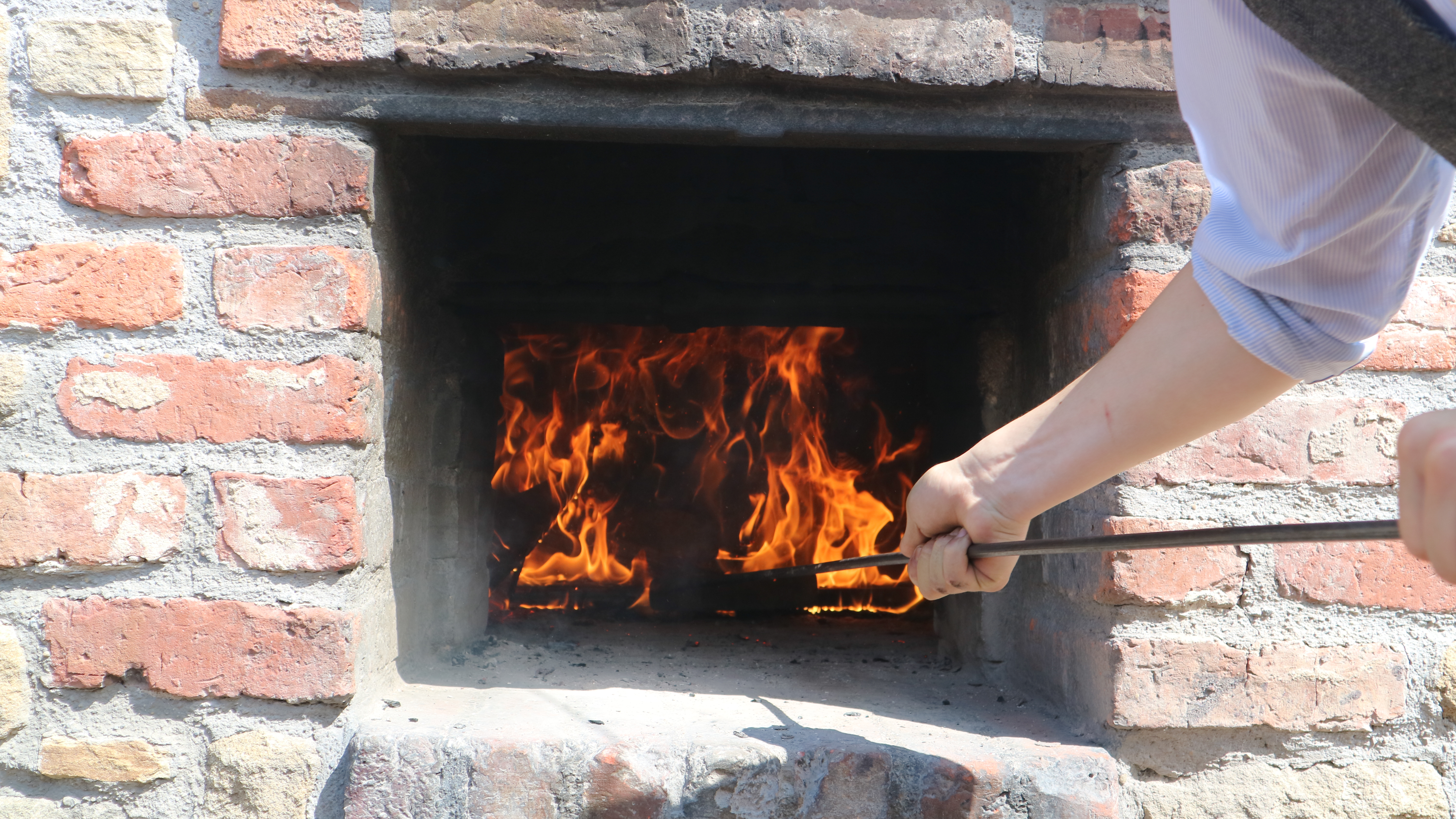 The oven works by filling the cavity with wood which would be lit, creating a fire that would raise the temperature levels in the oven walls and floor to those suitable for cooking. Once the wood had burned down, the ashes would be scraped out to make way for the items being cooked, the most popular being bread. Bread was such an important part of the diet of people during this time that having it freshly cooked each day or week would have made a huge difference, especially when families struggled with variety in their diet. 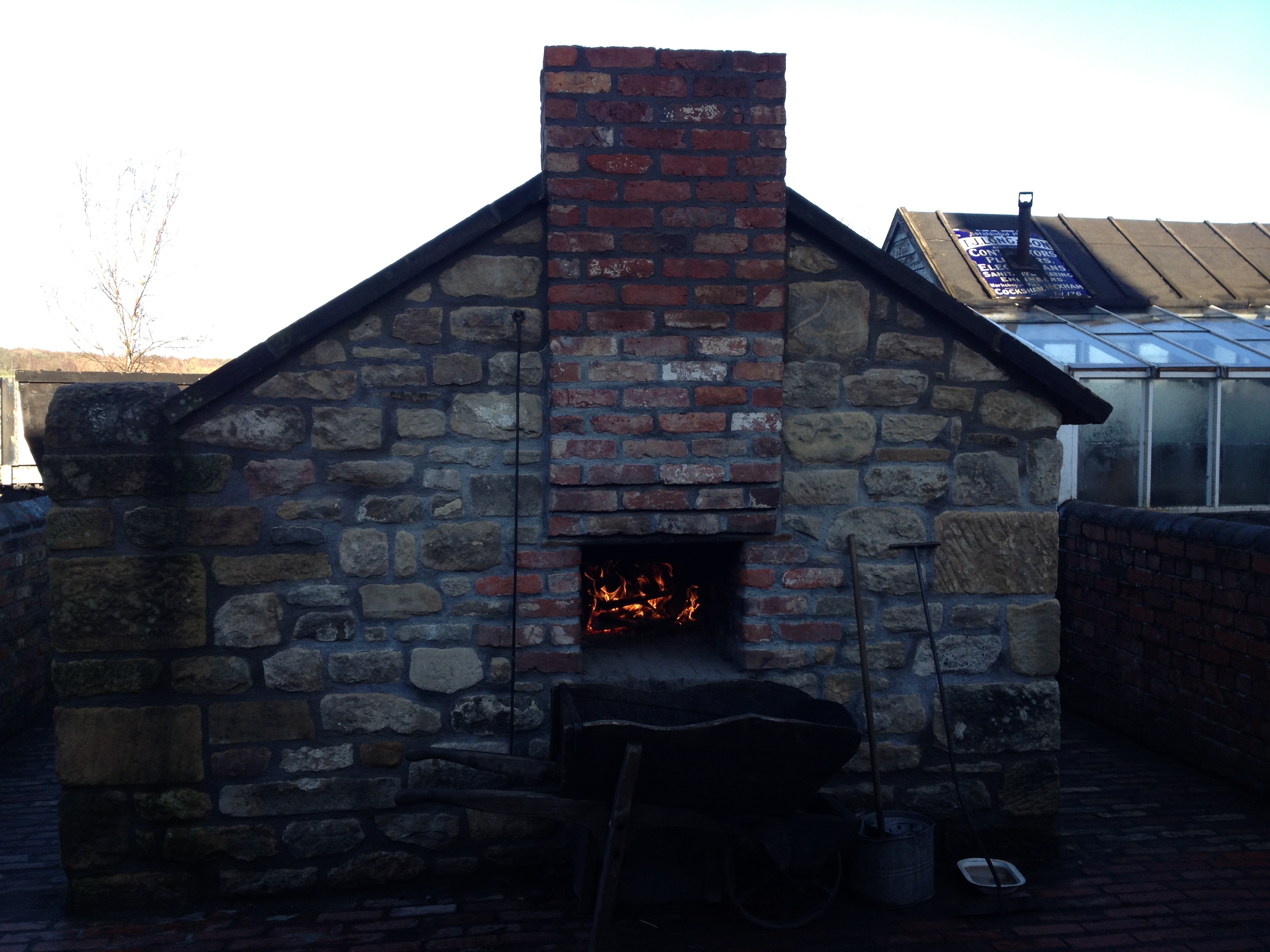 The nature of cooking the bread directly on the bottom of the oven meant that the resulting loaf would have a dark coating on its base, normally thick with ash. This meant that this part of the loaf was the least desirable, with the “upper crust” being favoured. The link between this and the reference to the higher classes seems to come into common use in the 19th century, depending on which sources you read. There is one instance, however, of this link being made in 1490, so there is a chance that it was used previously. The division of loafs cooked this way in larger households (as you would find up at 1820s Pockerley Old Hall) would have been strictly adhered to, whereby the servants would receive the blackened base and the most important person in the house would have this favoured “upper crust”. 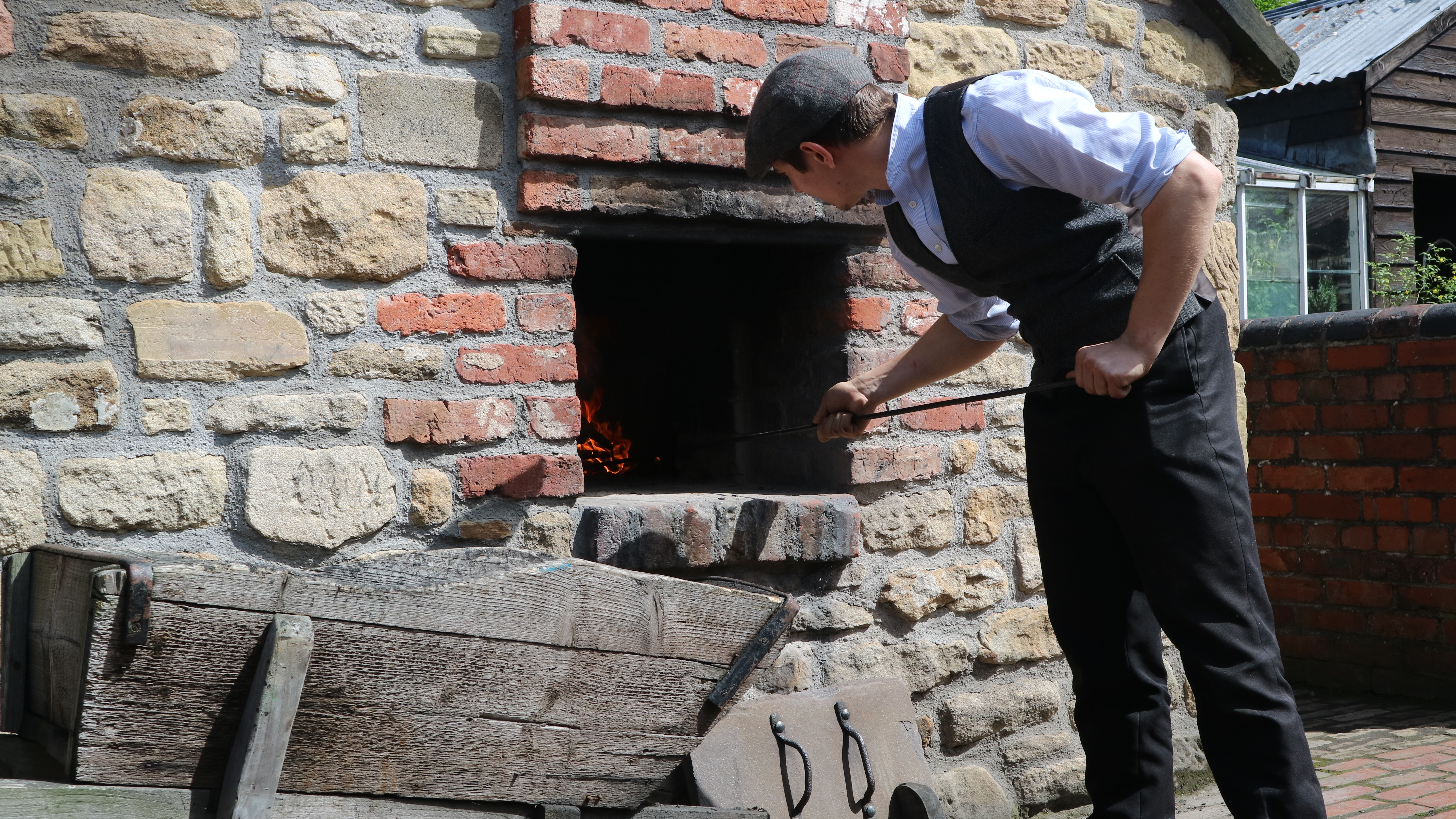 Our communal bread oven is a replica of one found at Eden Place, which once stood next to our current site – a reflection of what would have been used in the local area. There was also an excavation carried out of an oven in Twizell near Pelton (not far from us!) that showed us what the interior would have been like, so ours is historically accurate inside and out!

It is really interesting to think how things have changed, with the growth of mass production and convenience goods, it would be almost unthinkable now to have one oven between a whole street. Can you imagine the gossiping that went on when a streets worth of people were collecting their bread? The Edwardian equivalent of the office water cooler!